How To Write A Racial Discrimination Sample Letter

If you have been the victim of racial discrimination in the workplace, you will need to send a letter to your employer's human resources to notify them of the incident (s).

Your employer should respond to your letter promptly and do something right away to stop this inappropriate behavior. Your letter should be detailed and laid out properly.

It should have an introduction, body, and a conclusion, so it gets to the point and so that it provides the essential details about the racial discrimination at work that you have endured.

How Do You Write A Discrimination Letter to Human Resources?

First, you should make sure you have a clear subject line that gets to the point. As an example, the subject should be something like Racial Discrimination - [Your Employer's Name] Human Resources. That way, your employer will understand the importance of the letter and they will read it, and then promptly address the matter.

Next, make sure you have the address right. Send the official letter to multiple persons and be sure to keep everyone notified about the status of the complaint.

Recipients of the letter should include human resources (HR) and company executives and higher management.

In the body of your letter, detail the incident and what happened. Make sure everything is clear and be blunt. Do not sugarcoat the details.

You should include the date, time, and location of the incidents, and if there were any witnesses to any of the discrimination, you should indicate that there were witnesses, who they were, where they were, and what they saw.

In the final words, emphasize what you expect. You want your employer to take action and resolve the issue. You want them to put an end to this treatment, and you want to be treated fairly.

Depending on the situation, that could be a promotion, a better pay rate, a more desirable work schedule, or your job back. Get to the point and explain what you want from your employer and how you expect them to address the issue.

Let them know that if they do not respond by the deadline what action you will take. Let them know you will not just let the issue go.

What Are the Final Words In a Discrimination Demand Letter?

Carefully review your letter before you send it. Make sure it is professional. Do not let your emotions take control of the situation. Be factual and do not state opinions.

Only provide relevant details, so those investigating can get a thorough picture of the situation. Be sure to provide specific details and include dates and locations of the incidents.

What Should You Include In Your Racial Discrimination Demand Letter?

Within your letter to human resources, you’ll need to include some important information. This includes:

Submit these to your employer’s human resources with your demand letter to help show that you were racially discriminated against at work.

What Is an Example of Discrimination Sample Letter?

I am employed as a warehouse worker within your company. This is a formal complaint of racial discrimination in the workplace that I have been subjected to, and this is my request that you investigate my allegations and take appropriate action to remedy it and stop it. The harasser is my coworker, Mark Jones. The following events are among those that I consider as discrimination:

On August 12, 2020, Mr. Jones approached me during our afternoon break while we were in the employee lounge. He told me that I was doing a fairly good job, but I needed to refer to him as my master. I told him I did not appreciate those comments and was offended. He simply laughed.

On August 19, 2020, I was working my shift and Mr. Jones approached me in the warehouse. He told me he did not like my haircut because people of my color didn’t wear hairstyles like that. He then said I should remember where I came from.

I would appreciate the opportunity to meet with you so we can discuss this situation in person. I would like to see this matter addressed promptly and I want the harassment to stop.

Thank you for your help in this matter. I look forward to hearing from you.

What Are Some Examples of Race Discrimination?

According to Title VII of the Civil Rights Act of 1964, employers cannot discriminate against workers based on several demographic factors, including race. However, far too many employers continue to discriminate based on race such as refusing to give a promotion to a qualified worker from a minority race. If you face race discrimination at work, you should follow a few steps to take corrective action.

First, you must gather and organize persuasive evidence. In our example of a denied promotion, you can submit copies of positive employee performance reviews that establish your professional credentials to advance in your organization. You also can submit the results of professional examinations that test your knowledge about the job that you want to receive a promotion for at work.

Second, contact an employment lawyer to discuss your case. An employment attorney helps you collect and organize additional documents if the lawyer feels you need to submit more convincing evidence. Your employment attorney also interviews witnesses that support your claim of race discrimination at work.

Third, you have to provide your employer with a notice of lawsuit intent if your employment lawyer recommends filing a civil lawsuit that seeks monetary damages. State and federal courts typically prefer litigants to attempt to resolve discrimination cases before a worker files a formal complaint with the Equal Employment Opportunity Commission (EEOC).

Can I Get Help With My Racial Discrimination Letter? 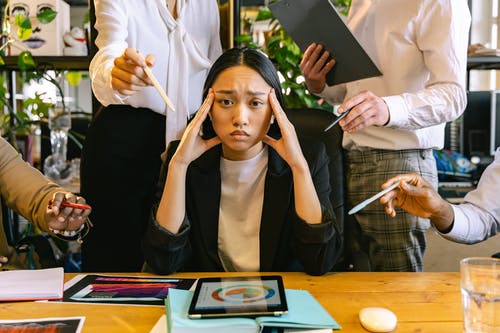 Employment law claims can be challenging. If you think you are the victim of racial discrimination in the workplace, you should speak with an employment law attorney who handles such claims in your area.

When you meet with the lawyer, go over payment plans. However, your initial consultation will be free of charge.

You do have a limited time for pursuing a racial discrimination claim after an incident in the workplace, so do not wait too long to get your claim underway.

Complete the Free Case Evaluation Form on this page to share the details of your racial discrimination in the workplace incident.